There is a kangaroo theme to this software. The user can synthesize sound effects and music effectively from scratch using this program. Musical pitches are constructed using a system of frequency ratios, rather than the conventional equal-temperament notation. MIDI pitch numbers can be used to specify a base note from which other notes are relative to. The user interface uses a system of cells or boxes, which are placed using drag and drop, and that have associated properties which describe various characteristics of the instrument/sound/chord group etc.

If you are not too impatient a user and have a willingness to experiment, then you are likely to get great results with the Kangas Sound Editor.

You can create music and sound-effects from scratch with it.
It uses a system of frequency ratios for pitch control, making it more suited to just intonation rather than conventional music notation and equal temperament. A MIDI start pitch can be specified using conventional music notation, however.
Instruments, both melodic and percussion, can be created from scratch by specifying harmonics or anti-harmonics(inharmonics) which are stored in a database.
There is a cellular-like structure to compositions, with cells/boxes representing entities at a low level of abstraction (e.g. harmonics) and at a higher level of abstraction (e.g. chord groups).
User-definable graphs are widely used in the program; for example, for control of volume and pitch envelopes, and for shifting the balance of stereo over time.
Audio output is to uncompressed .WAV files.
Audio input for recorded-sound boxes is from uncompressed .AIFF, .AU or .WAV files
From version 3, users can collaborate with and build on the work of others through an XML import/export facility. 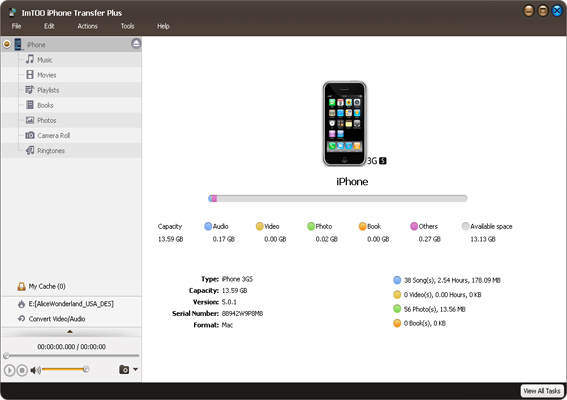 Decades of echo devices in a single plug-in

The next generation voice and sonic processing tools

Scan your media collection and scrap for metadata information

Backup videos/music from iPad to PC or iTunes and copy files from PC to iPad.

A midi keyboard and a computer stored with VST instruments