If you appreciate the KISS principle (Keep It Simple, Stupid), then you'll appreciate KISSKey Keylogger, a keylogger focused on simplicity. Capture keystrokes, email encrypted logs. Quick, simple, easy. Secret keylogging of all users. Try before you buy. For Windows 32- and 64-bit PCs from XP to 8.1 KISSKey Keylogger secretly captures keystrokes in PC apps and web pages and emails logs directly to you. The core keylogging features you want, fast installation, quick configuation, try-it-and-buy-it pricing, no hassles, no wasted time, one simple package. KISSKey Keylogger. KISSKey Keylogger makes keylogging easy: Capturing of keystrokes in all applications and web pages Monitoring of all computer users Emailing of log files in password-protected zip files at intervals you select Operation hidden from computer users Access by secret key combination and password Quick and easy installation Compatibility with Windows 8.1, Windows 8, Windows 7, Windows Vista, and Windows XP, all on both 32- or 64-bit systems Available FREE evaluation version. And yes, KISSKey Keylogger and Albert Einstein have everything in common! Physicists of the nineteenth century had a difficult time explaining the behavior of gravity, magnetism and light acting over large distances using their old theories. So, they invented a medium they called aether and said it was responsible for those phenomena. Over time, however, they made more observations, observations that required making more assumptions about aether. In time, their theory of aether became very, very complex. Enter Albert Einstein, a worker in the Swiss patent office. Einstein believed the universe was at its core very simple, and he had a simple idea: if time is not constant but is instead relative, all the difficulties disappear. His new calculations based on relativity theory were vastly simpler, the assumptions far fewer, and the universe now made much more sense (well, to physicists at least). 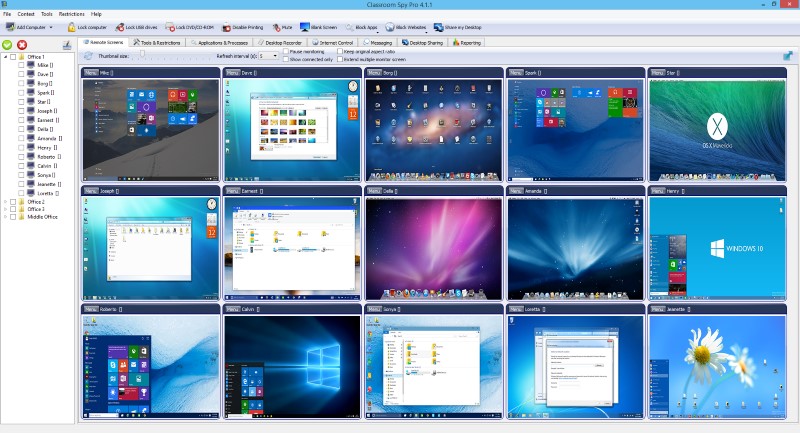 Employee Monitoring Software that is easy to install and use. No registration.

With this software, you can receive your Tracker via GPRS on your PC.

A comprehensive monitoring software. Record all user activities on computer.