Visions lets you easily view and search photos, fix flaws, apply effects, create albums and calendars, share your favorites through e-mail, prints and online sharing websites and much more, all in a cool & fun 3D interface.

· 3D Photo Navigation
· With Visions, you show hard-drive folders as 3D albums spread on your screen. This way, showing several folders in one view becomes easier than ever. Simply drag and drop folders to the 3D showroom and Visions will arrange them in your 3D world, making it possible to show them all in one place.
· Quick Collection Edits
· Visions allows you to perform common edit tasks such as rotate and flip on an entire collection. No need to repeat the same task for each photo in your folder, and for each photo in the next folder or drive.
· Simple and Powerful
· The editor is designed to be simple and in the same time provide smart and advanced tools. Dozens of fixes, adjustments and effects are provided by simple and intuitive controls which you can easily use on your photos.
· Expandable
· Editor capabilities can be extended by installing new add-ons. Add-ons allow you to have more fixes, adjustments and effects. New add-ons are being developed by our growing community of developers and are available for download.
· Advanced Meta (EXIF) Editor
· Meta (EXIF) data is a list of properties recorded by your digital camera such as camera model, photo taking date, flash configuration and much more. The Meta editor allows you to list all these properties and modify them as needed.
· One Click Fixes
· Repair defective photos with just a click. Use the set of one-click fixes such as red-eye removal, auto-brightness and auto-color to quickly repair your photos.
· Fast Adjustments
· Tune your photos to be exactly as you want them. Use the set of fast adjustments such as brightness, contrast, flip and rotate to tune your photos freely.
· Impressive Effects
· Apply impressive effects to your photos. Use the set of smart effects such as Oil-Paint, Masks and Fisheye to give your photos a special touch.
· Manage Multiple Accounts
· Visions enables you to manage multiple Flickr accounts in one place. With Visions you can add or remove new accounts and easily switch from one existing account to another.
· Edit Photo Details
· Each Flickr photo holds lots of information, such as tags, comments and notes. With Visions you can manage all of these details in one place: add or remove tags, set new notes, manage comments and much more.
· Explore Flickr Database
· Flickr is one of the largest photo databases available today. Users around the world use Flickr? to share their photos with people just like you. Use Visions to search others' photos, watch their details and even download their photos locally to your computer.
· In place Photo Editing
· If you have Flickr Pro account you can use Visions to edit photos "in place". Meaning you can open your photo in Visions photo editor directly from the Sharing panel, make your changes and upload it back to Flickr. 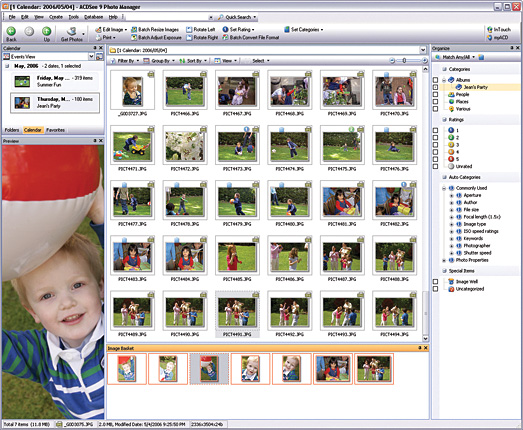 View, organize, and enhance your photos more quickly and easily than ever before

You can use to view and analyze DICOM files

A browser plug-in and a standalone TIFF/Image Viewer

view3dscene is a VRML / X3D browser, and a viewer for other 3D model formats

Can manage and find fast your photos through keywords