You play an inglorious cop in the Enhanced Special Weapons and Tactics (ESWAT) force. As a new addition to the force, you are a rookie trying to become the apex of the ESWAT force. What better way than to try to bust the Evil E.Y.E. – the most feared group of terrorists in the world?

The gameplay starts you off as a captain, then a chief, armed only with a standard gun. So it's basically just walk, jump, and shoot for the first couple of stages. After that, you get to a rank so high that they give you a super suit, and eventually you get quite a few more techniques; you have a rocket booster boots that lets you fly or glide for a few seconds, then it has to power up. You can also accumulate special weapons from certain adversaries; a ground cruising missile, a rapid-firing super laser, the Fire, which hits everything on the screen then disappears, the particle cannon, a Mega-Buster style power up laser.

All of the levels have completely distinct environments, ranging from rooftops to a jail to a laboratory, and yes, the slime level requires you to do things very quickly in sometimes puzzle-style endeavors, and true, the very innovative jail level requires you to get to the top then enter the see-through cells and go back to the bottom, but you'll quickly realize that the end result is always the same; slowly walk forward, and carefully blast everybody.

There are three levels of difficulty that just change the amount of hits you and your enemies can take. You get three continues and 1, 3 or 5 lives depending on your choice. Your health bar consists of three to five hit points. Everything takes away the same amount of health except for the cliffs of course. The 6 suit levels are harder than the 2 normal ones. 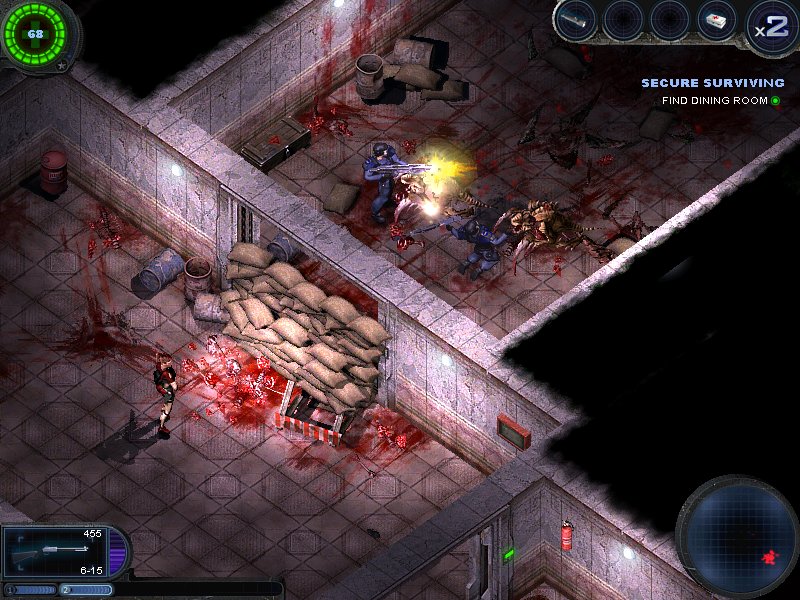 An adrenaline pumping action shooting game in the "shoot'em all" style.

It's Girl Power with the anime characters of Honkai Impact 3 PC!

Mobile Legends: Bang Bang is a newly designed 5 versus 5 MOBA

Brickles Pro for the Macintosh

Put on a helmet and get behind the wheel of a fast race car! Compete and win!