Quick playing strategy naval game enriched with multi-objective special missions using chess-like mix of battleship, destroyer, submarine, carrier, and other ships in turn-based action. Use classic naval maneuvers like destroyer against submarine to defeat the enemy, and create your own style of fleet tactics over time. Use rewards from previous battles to build customized flagships with a variety of unique abilities to give you an edge in crucial battles. Conquer predefined maps and innumerable randomly generated maps, controlling many aspects such as the map size, number of cities, resources, length of the battle, who has the upper hand as fighting starts, and other options. Build your own warships and then face surprises as the enemy fleet disposition gradually reveals itself. Tease the enemy artificial intelligence with feints, blockades, pinch-points, and sacrifice maneuvers on strategic and tactical levels. Even then, the game's AI is a vicious opponent, and you can choose from 11 levels of difficulty. Learn the game through four short tutorials that introduce you to the gameplay, tactics, strategy, and game interface. Battles initially focus on capturing and defending vital cities, and defeating the enemy warships in detail. Use the resources from cities you conquer to construct reinforcements at key shipbuilding cities throughout the battle. As you master the basics of the game, undertake the Save the Admiral Missions, adding a variety of concurrent unique struggles in the background such as keeping certain vital ships alive, destroying key enemy ships, or diverting ships to other war fronts. The game records a comprehensive history of all your battle victories and your progression through the ranks. After each battle you can post and compare your scores online and gain bonus assets for your next battle. Lost Admiral Returns includes a built-in updater program and links to forums, FAQ, and more so you will never miss the latest new fun stuff. 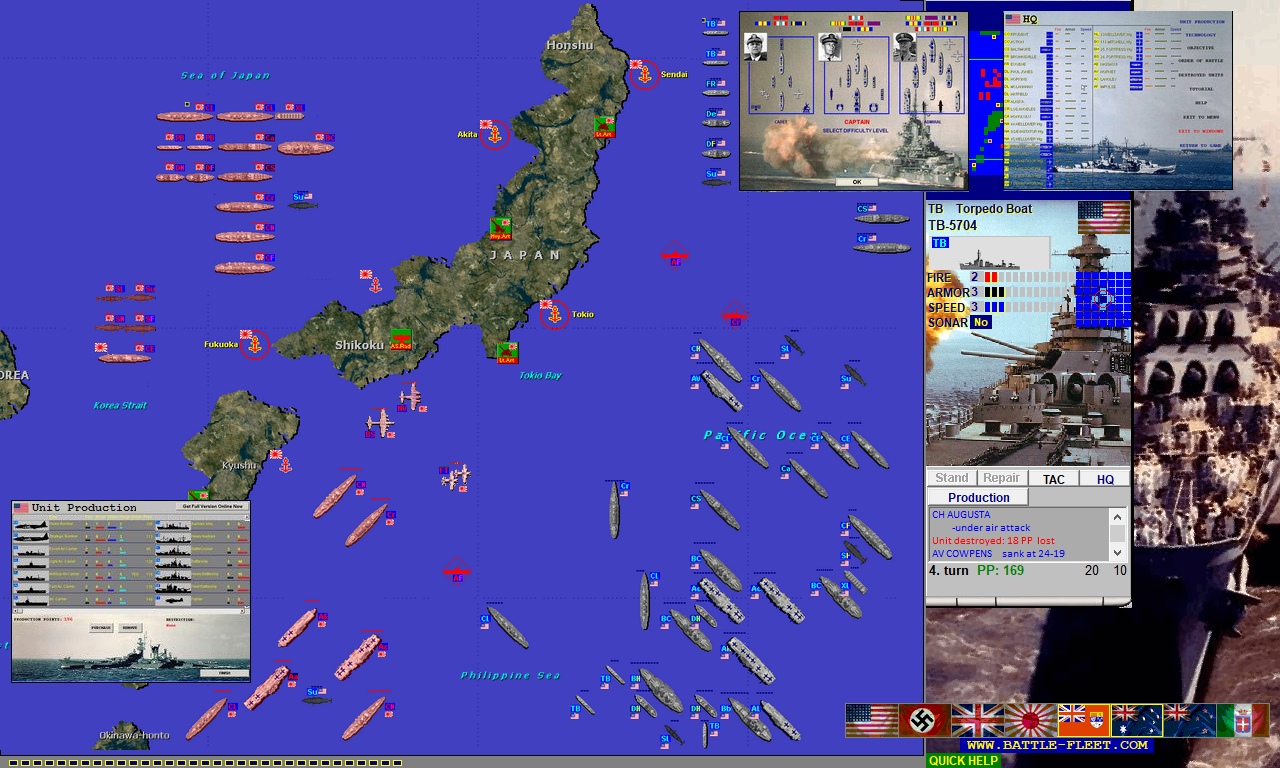 Online multiplayer game that enables you to join major battles

Command hundreds of units in this new breed of real time strategy game.

Command hundreds of units in this new breed of real time strategy game.