A free and realistic space flight simulation program for the Windows PC.

* Launch the Space Shuttle from Kennedy Space Center and rendezvous with the International Space Station.
* Recreate historic flights with addon spacecraft packages: Mercury, Gemini, Apollo, Vostok and more.
* Plan interplanetary slingshots and tour the solar system with futuristic space craft.
* Design your own rockets, or download addons created by other users.
* Learn about the concepts of space flight and orbital mechanics by playing and experimenting.

ORBITER is a free flight simulator that goes beyond the confines of Earth's atmosphere. Launch the Space Shuttle from Kennedy Space Center to deploy a satellite, rendezvous with the International Space Station or take the futuristic Delta-glider for a tour through the solar system - the choice is yours.

But make no mistake - ORBITER is not a space shooter. The emphasis is firmly on realism, and the learning curve can be steep. Be prepared to invest some time and effort to brush up on your orbital mechanics background. Good starting points are JPL's Basics of Space Flight, and R. Braeunig's Rocket & Space Technology.

For discussion with other Orbiter users, have a look at one of the Orbiter forums. More information and resources for users and developers can be found under the Orbiter Wikipedia entry and the OrbiterWiki site, both maintained by the Orbiter community.

This patch upgrades Orbiter 2006 to 2006-P1 (patch level 1) and brings some significant new features and bug fixes to the 2006 Edition. Some highlights:

Improved dynamic state propagation More accurate integration methods for linear and angular spacecraft states provide better long-term stability. Many of the parameters of the dynamic model can now be modified by the user.

New "Extra" tab in the Launchpad dialog This provides advanced simulation parameter options, and can also be utilised for addon configuration.

Various additional features and bug fixes For a detailed list of changes, see "2006 Edition log.txt" in the Doc folder of your Orbiter installation.

The latest version of Orbiter has been released on August 30, 2016. The new release provides support for elevation modelling of planetary surfaces, higher texture resolution for surfaces and cloud layers, including Landsat-based textures for Earth, and a host of other improvements to the physics and visualisation engines. 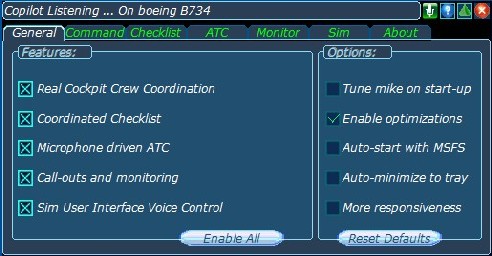 Game stage for Universe of LIFE Sound by jk-ware.

It is a mixture of RPG and a sandbox.from Magic Storm